I’m back again with the Blogtober challenges and the one for today is:

What were you reading this time last year

Upon scrolling through my Goodreads backlog I was surprised to find out that the book, or rather series, I was reading was V E Schwab’s Shades of Magic. The dates I added for them are a bit hazy (as they definitely don’t follow on well from one another as I doubt I was able to wait a month between reading the second and third books) so I can’t specify which book, but it was either A Gathering of Shadows or A Conjuring of Light. 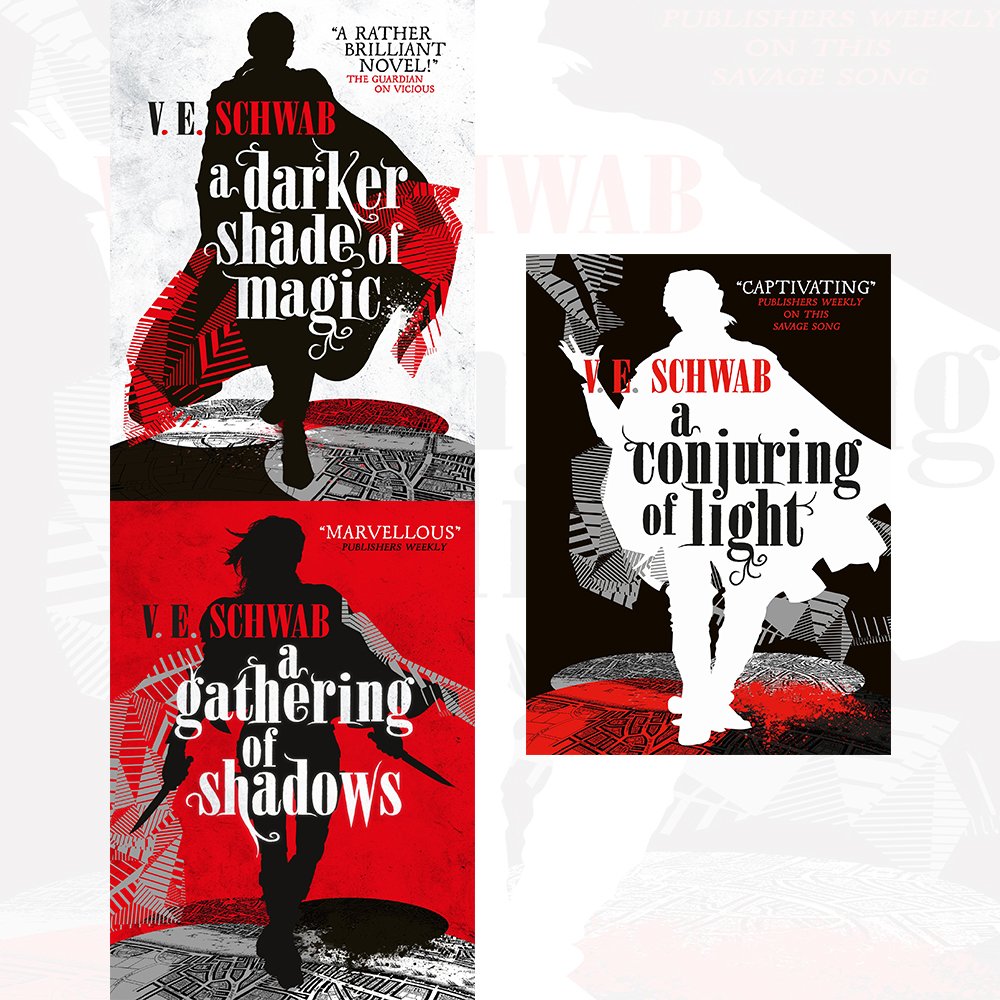 Since reading the series, it’s remained as one of my favourites as the world-building and character development are simply spell-binding (pun intended). The character whose development I thought was the best (and is also my favourite) is that of Rhys Maresh as he starts off as your stereotypical jovial prince, but is harshly forced to adapt as he struggled with the hardships he faces as the plot progresses (no spoilers! just in case you haven’t read it yet).

Last year, in actual fact, was my second time starting the series. As a couple years before (in the pre-historic age that was 2016), I attempted to read it but found myself disliking the plot, as well as the character of Lila Bard, which resulted in me ultimately abandoning the series a few chapters into the second book. The main reason I gave Shades of Magic another chance was because I continuously saw other book bloggers mention and rave about it all the time online – which led me to think that, just maybe, all of the hype wasn’t for nothing.

After finishing the series I immediately added the rest of V E Schwab’s novels to my TBR – Vicious and Vengeful in particular, as they seem to give off similar vibes to SOM – and pre-ordered The Steel Prince which is patiently sitting on my bookshelf waiting to be read.

Compared to most, I would say that I’m certainly one of the worst when it comes to getting round to reading the books which are on my TBR, and would even go as far to say that adding a book to my TBR drastically reduces my chances of reading it (whilst I’m definitely exaggerating, I wouldn’t be utterly surprised if these stats did come out to be true). In attempt to bend this habit, I’ve borrowed Vicious from my school library, and hopefully the fact that I’ve now run out of renewals (I could exceed the limit of three by asking nicely but we’re going to hope that it won’t come to that) will be enough to tempt me to read it.

– You never know, it could happen. Stay tuned to find out!

This prompt was taken from  Hâf @ The Library Looter and Anniek @ Anniek’s Library ‘s Blogtober challenge and was the prompt for day 16.

My other posts for Blogtober:

My Favourite Vampire or Werewolf