I’ve been to Scotland many a time, as I have family up there, but in all that time I’ve never visited the Edinburgh Fringe, so I thought this time to change that.

I went to the Fringe Festival with my family and as we were staying outside of Edinburgh, we had to trek into the city early morning in order to get there in a comfortable time to scout around for shows we wanted to see and buy tickets for them, in addition to of course getting there at a decent enough time that we’d be able to make the shows and that they hadn’t run out of tickets yet. 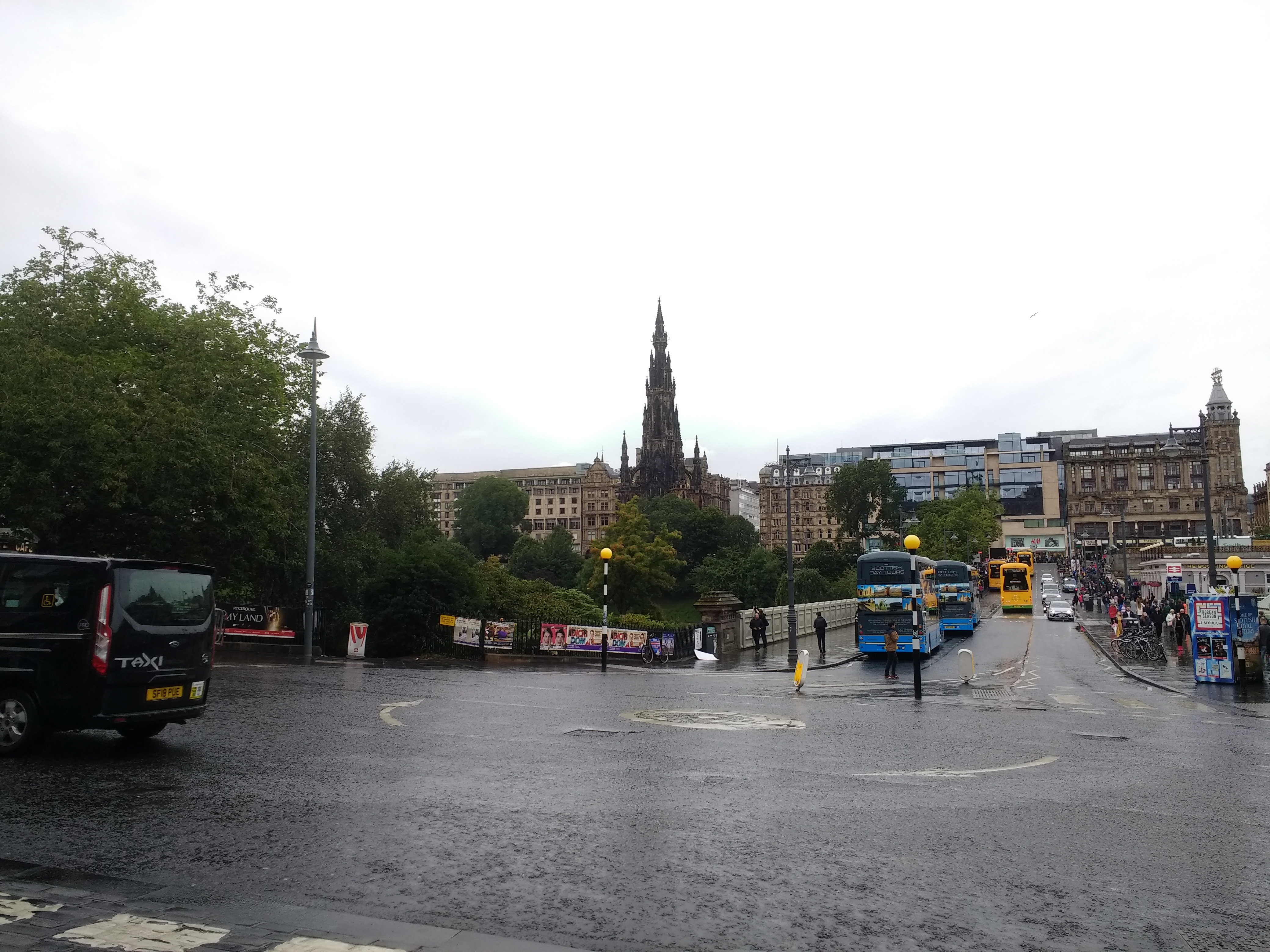 Upon arrival in Edinburgh the four of us headed to the old town, where the fringe is based, and managed to pick up tickets to a show called Nina’s Got News, whose screenplay was written by Frank Skinner, a British comedian who frequents the TV at home. We also had tickets to another show called Voldemort and the Teenage Hogwarts Musical Parody which apparently had sold out in LA so I took that to be a good sign. I actually found it whilst scrolling through my Instagram feed one day, so apparently those adverts and sponsored posts aren’t a complete pain.

Our first show was at 1430 so we decided to head to grab a quick lunch before the performance. As it wasn’t our first time in Edinbugh, we went to somewhere we had been to before, an Indian restaurant called The Pakora Bar, located in the New Town. Pakoras, for some reason, are much more popular in Glasgow and Edinburgh than anywhere else in the UK (at least to my knowledge) and as fans of a good Indian we try to make sure to have a taste of all the options when we’re up, cauliflower being a favourite. The curries at The Pakora Bar are great as well, so if you’re in the area, make sure to check it out. 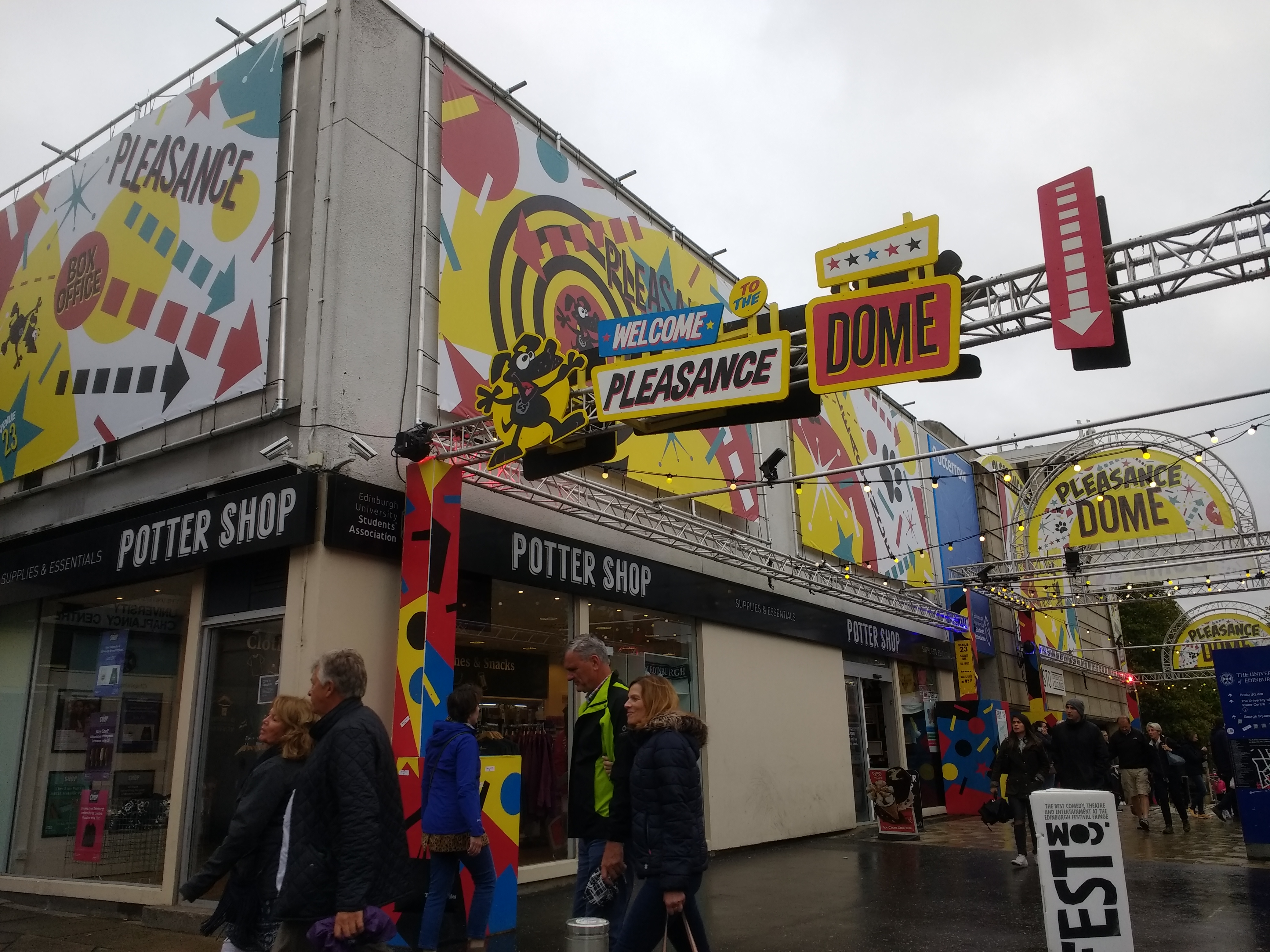 We saw Nina’s Got News first which was at the Queen Dome at Pleasance Theatre. Before going to see it we tried to look at reviews for it online and became a tad worried when we found that the fringe website weren’t taking audience reviews on their website. A few days later we discovered that Skinner received funding for the play as it was his debut, rather than the money going towards someone just starting out, with the review option going down presumably to avoid any direct abuse being given as uproar was understandably (in my opinion) caused by this, as I highly doubt that Frank Skinner is short of cash.

Nina’s Got News was an okay show. The jokes were quite funny, but too many sexual ones for my liking, especially since I had my younger brother sitting next to me which was my yearly dose of uncomfortable settings condensed into fifteen minutes. Fortunately they were pretty much all at the beginning of the show so I wasn’t waiting for another one to pounce on me for the whole hour. The conversations between the characters, however, weren’t the best and it definitely didn’t seem as though the protagonist has ever been in a romantic relationship with the male, as they were supposedly exes, as it was devoid of dynamic. In fact, he was pretty much emotionless for the duration of the play, and since there was only a cast of three and the first part of the play was a conversation between the pair it definitely made a dent on my impression of the play. Whilst I can imagine that the role was written that way, rather than it being poor acting, I wasn’t much of a fan either way.

The other two actors were definitely an improvement, and the conversations between the two women flowed much better; with the possibility of them having a connection prior to the walking on stage. My favourite out of the three was the friend, named Vanessa, whose humour I appreciated and thought was actually funny and the appearance of the actress reminded me a bit of Krysten Ritter.

The show improved towards the end, and regardless of any poor acting I was happy I saw it nonetheless, as according to what I’ve been told, people don’t tend to go to the fringe for high class performances. 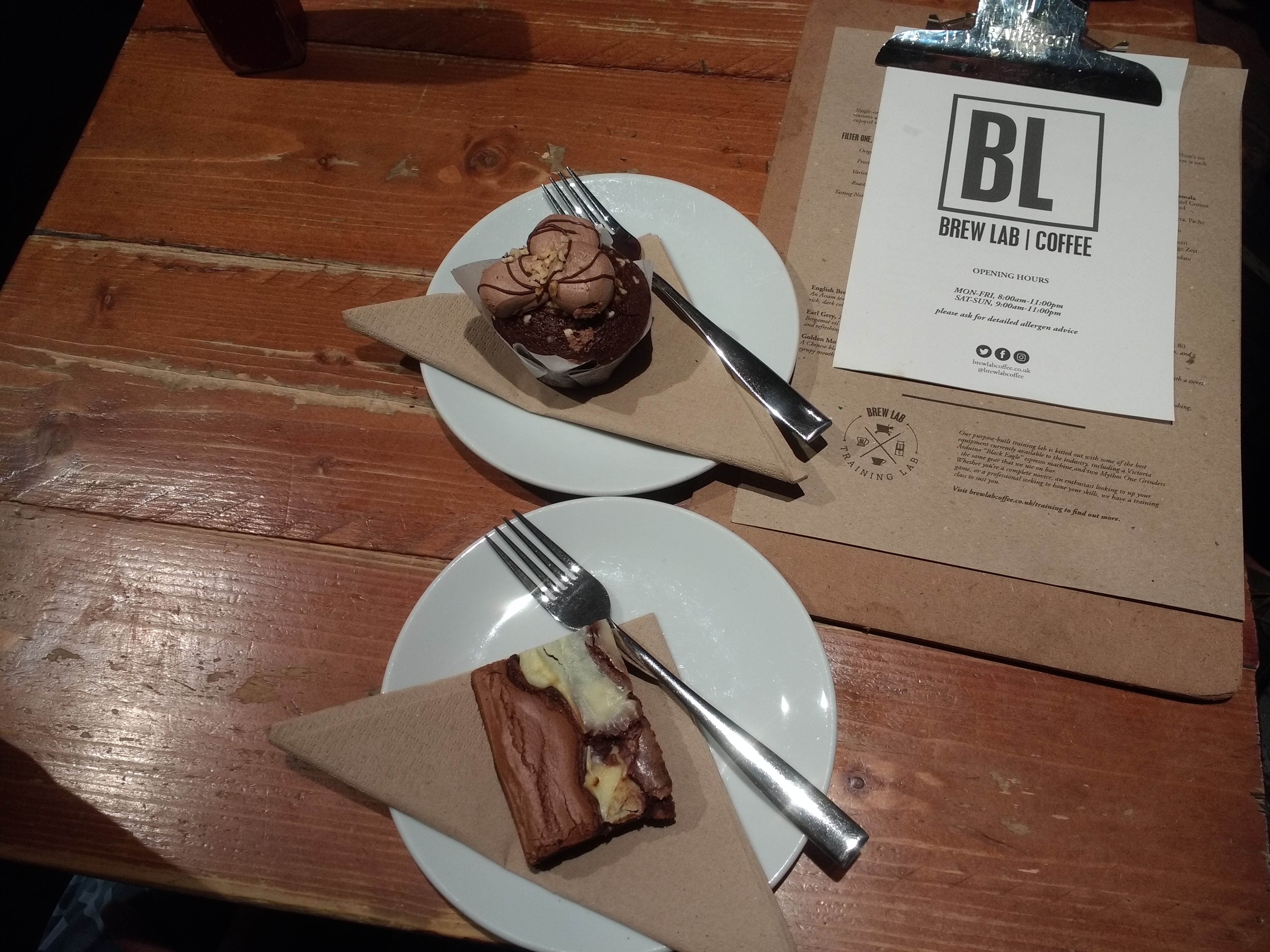 After seeing Nina’s Got News we had around an hour or so to kill before needing to be at the next one, so with a quick Google and walk we went to a nearby coffee shop to kill time.

Brew Labs is the place we visited and despite it being ridiculously crowded I thought it was a neat coffee shop, with both good food and drink options. For the rest of my family, however, it was too hipster for them. If you tend to get normal lattes and the like, it may not be the place for you, as I was told they weren’t very good, but if you’re like me and like iced coffee then you’re all sorted.

To get to the Voldemort show, as it was nicknamed by the company, we had to go further into the fringe festivities. It wasn’t located far from the previous venue so we made our way over around half an hour before it was due to start, doing what we could to get the good seats, as no one was assigned any. We managed to join the queue fairly early on, with around only 20 people in front of us and within around five minutes it was already going out the door. A few people were in costume (us not included), but everyone clearly Harry Potter fans as you could feel everyone buzzing with excitement.

Voldemort and the Teenage Hogwarts Musical Parody was certainly the better of the two shows. There were plenty of refences to the original books / movies and they incorporated this well into the humour of the play, which covered themes from self-deprecation to sex. Moaning Myrtle played a main part and it was amusing to see the company’s take on the characters and houses, especially Hufflepuff, whose motto was ‘friends and snacks’. The plot played out well, with an ending to explain Tom Riddle’s dark future, as well as his hate for Harry Potter himself.

Of course, the show was a musical and meant there were many a song. Each and every one was comedic, from Myrtle’s sexual one apparently calculated to do well at Eurovision, to Muffin, Tom Riddle’s girlfriend, singing about bread, all staged to be part of a ‘Battle of the Bands’ competition.

Although I’d heard that the show was good, based on reviews online, it went past my expectations. Everyone watching thoroughly enjoyed it, even those who had relatively no knowledge about Harry Potter prior, which were my parents. I can definitely see Voldemort and the Teenage Hogwarts Musical Parody taking off and touring, so make sure to watch out for it and grab tickets to wherever the company takes it next before tickets shoot up in price.

After the show we grabbed dinner in the square nearby as there was a bunch of food stalls and vans. There was a number of options but I thought this coffee stall (pictured above) was pretty amusing, as its name, covfefe, nods to Donald Trump’s tweet, as you probably know.

There was also a crème brûlée van which was honestly one of my favourite things, so I obviously made sure to get one.

Soon enough it was time to head back to the station so we made our way over there and hopped on the train. The Edinburgh Fringe is a festival that I’d want to revisit, even for just another day like I did this time. Watching the shows and the bright and colourful atmosphere that’s everywhere simply makes it a really enjoyable experience. On the day I found out that there was a book festival within the fringe so I’m going to mark that down to go to next time as well.

Have you gone to the Edinburgh fringe, or similar festivals, before? If so, what were they like, or if not, would you want to?